The private investors should free ride on Greece 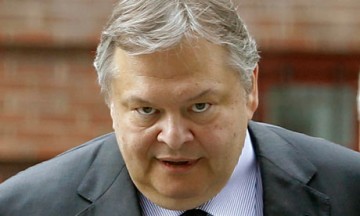 A guy goes with a small, dodgy car to a tuning shop and asks for a bi-turbo V12 engine and a couple of Lamborghini like butterfly doors. The shop owner replies that it can be done without a problem. Happy, the car owner asks how much it will cost and how long it will take. The answer comes as 10 Euros and the car will be ready in 5 minutes. “Are you kidding me?” shouted the car owner. “Yes, but who started it? “ came the answer.

Greek citizens are free riding on their own state by not paying taxes and parking abroad the proceeds from either business or bribe. Greek governments free-rode on the future ones by buying out the electorate and investing in negative present value projects, after factoring in the “state capture”.

Greece free-rode on the European Union mechanisms while Germany was cunningly enjoying a free ride on Euro.

Now it is rational for private investors to return the favor and free ride on Greece.

Part of the private investors participating in the negotiations for the debt restructuring, are persuaded to accept de conditions imposed upon by European politicians. It is not that they believe in the economic soundness of the solution but they are pressured to do so by their own governments.

In return for the loss incurred there is an implicit long term “state support “ for their own too big to fail businesses or other benefits.

The other category of investors doesn’t have an implicit arrangement in place. Therefore for them it is optimal to free ride on Greece.

Assuming that the private deal goes through, they will be better off by maintaining the “ at Par” claim on Greece. If subsequently Greece is able to service the debt, this category will receive the full claim. If Greece defaults at a later date, they will be still better off as they will obtain a pro-rata amount out of a larger notional.

In case the deal doesn’t go through another solution should be put forth and they are still in a no worse situation than the other investors.

As it is now obvious for a larger audience, the Loss Estimate related to a Greek default is path dependent. At the beginning of the negotiations the propaganda sustained the need for a haircut and the procrastination of a default ruling. The reasoning was that otherwise the pan European loses will be huge.

The recent developments and the contamination are proving that a clean default represents a much smaller loss compared with the hit that the other European economies are already experiencing.

The situation in Greece continues to deteriorate and there are not many ways out. The two main choices to make are either for Europe to undertake a large part of Greek debt or for the country to be allowed to default. The default will reinstate the normality in the way markets operate.  The markets will clear themselves without derailments from political interactions.

In any case the private investors will be better off to free ride on the restructuring agreement than to sign in for an unsustainable solution.