Are Romanian authorities cognizant of relapsing in the doldrums? 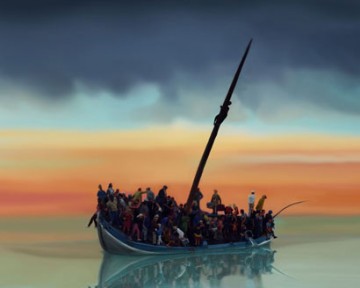 Listening to the presidential speech backed by the chorus of economic advisors, one can honestly doubt if the Romanian authorities are cognizant about the imminent relapse in the doldrums.

The current protests should have generated an urge to come up with fresh ideas and actions to push ahead for economic growth and job creation.

The easy path followed by the authorities was to boost only the efforts for a better public imagine and to avoid tackling the real issues.

The main propagandistic hook rests with the 2011 growth figure which, despite being only due to extraordinary agricultural production and to a technical upswing after two years of deep contraction, known in the markets as the dead cat bounce, is promoted as a great achievement due to the past economic policies.

The internal devaluation, experienced by Romanians is an economic failure. The way it was implemented was extremely sloppy. The massive cuts in salary and pensions can be explained simply by an initial procrastination of the economic decisions due to the election pressures. The subsequent VAT hike not only was an uninspired choice of an increase of a key tax in the middle of a recessionary period but also its timing was “perfectly” positioned at an economic inflection point in such a way as to postpone the recovery by another 6 months.

The growth claimed by Romania for 2011 was not accompanied by the creation of new jobs, a perfect “growth recession”. Despite the fact that Romania has a great economic potential for growth, the “new Romanian normality” under the current mix of locally promoted macroeconomic policies seems to be one characterized by low growth and slow job creation.

For 2012 the Romanian authorities should be less complacent and move swiftly in relaxing the monetary policy by abruptly decreasing the intervention rate and reducing de minimum reserves for both the local and the foreign currency, removing the hurdles imposed by the new credit regulation, decreasing the taxes and pushing faster for investments via a Triumvirate (troika) arrangement: State – Foreign private interests – Local private interests.